This review is aimed at examining  climate change for South Africa, coupled with  plausible risks and vulnerabilities associated with changes in rainfall and temperature, under high and low Socio-economic pathway (SSP) mitigation scenarios.

South Africa is located on the southern tip of Africa, between latitudes 22° and 35°S, and longitudes 16° and 33°E and is bordered by the Atlantic Ocean on the west, with the Indian Ocean on the south and east.

South Africa encompasses a coastline of 2 798 km and covers a surface area of 1 219 602 km², making South Africa the 25th largest country in the world. The surface area can be divided into an interior plateau and the land between the plateau and the coast. The interior plateau is a vast, almost flat area with an altitude of between 1 000 m and 2 100 m. The plateau is surrounded by the Great Escarpment which forms the boundary between the interior and coastal areas.

The typical climate of South Africa is heavily influenced by four major components (Nicholson, 2000). The subcontinent’s position with regard to the primary circulation patterns of the southern hemisphere (quasi stationary high-pressure systems). The movement on the inter-tropical convergence zone (ITCZ)  which influences the timing and the intensity of rainfall; the complex regional topography ranging from sea level to a plateau at 1 250 m, and mountains exceeding 3 000 m; the influence of the warm Indian ocean on the east coast and the cold Atlantic ocean on the west coast which results in higher and lower rainfall. South Africa has a generally temperate climate, due to its subtropical location, the moderating effect of the Atlantic and Indian Oceans, and the altitude of the interior plateau. Due to this varied topography and oceanic influence, a great variety of climatic zones exist, ranging from the dry north-western to the wet eastern regions of the country. The warm Agulhas current causes the eastern coastal areas to have a warm and humid climate, whilst the cold Benguela current along the west coast contributes to the arid climate of this region.

Climate change refers to a change in the average weather experienced in a particular region or location. The change may occur over periods ranging from decades to millennia. It may affect one or more seasons (e.g. summer, winter or the whole year) and involves changes in one or more aspects of the weather e.g. rainfall, temperature or winds. Its causes may be natural (e.g. due to periodic changes in the earth’s orbit, volcanoes and solar variability) or attributable to human (anthropogenic) activities e.g. increasing emissions of greenhouse gases such as CO2 and CH4, land use change and/or emissions of aerosols. However, ‘Climate change’ often refers to changes due only to anthropogenic causes.

Global warming refers only to the overall warming of the Earth, based on average increases in temperature over the entire land and ocean surface. Climate change is more than simply an increase in global temperatures; it encompasses changes in regional climate characteristics, including temperature, humidity, rainfall, wind, and extreme weather events, which have adverse economic and social impact.

Carbon-dioxide (CO2) emissions are the main contributor of global climate change. It is commonly acknowledged that, in order to avert the worst effects of climate change, the world must cut emissions as soon as possible, limiting warming to 1.5°C for manageable scenarios, at any degree higher than that, the impacts will be largely irreversible.

Climate change is already affecting every inhabited area across the globe, with human influence contributing to many observed changes in weather and climate extremes. The tools below take us through future projected climate change in South Africa.

Exposure is the amount and rate of change that a species or system experiences from the direct (e.g., temperature, precipitation changes) or indirect (e.g., habitat shifts due to changing vegetation composition) impacts of climate change;

Sensitivity refers to characteristics of a species or system that are dependent on specific environmental conditions, and the degree to which it will likely be affected by climate change (e.g., temperature or hydrological requirements); and.

Adaptive capacity is the ability of a species to cope and persist under changing conditions through local or regional acclimation, dispersal or migration, adaptation (e.g., behavioral shifts), and/or evolution.

Climate change adaptation in South Africa: a case study on the role of the health sector

In South Africa, it is increasingly apparent that delays in responding to climate change over the past decades have jeopardized human life and livelihoods. While slow progress with mitigation, especially in the energy sector, has garnered much attention, focus is now shifting to developing plans and systems to adapt to the impacts of climate change.

Impacts of Climate Change on Health and Wellbeing in South Africa

Given its associated burden of disease, climate change in South Africa could be reframed as predominately a health issue, one necessitating an urgent health-sector response. The growing impact of climate change has major implications for South Africa, especially for the numerous vulnerable groups in the country.

Climate change and adolescents in South Africa: The role of youth activism and the health sector in safeguarding adolescents’ health and education

Today’s youth will inherit a world made hazardous by greenhouse gases. As a general rule, those chiefly responsible for emitting these gases will be spared the full brunt of their effects. Age has become a clear fault line of this phenomenon: while today’s adults will experience some impacts of these emissions, adolescents and future generations will face their full force in time.

The Climate Change Response Strategy for the Water and Sanitation Sector provides an integrated framework for climate change response to minimize the overall detrimental impact of climate change and to maximize beneficial impact. It sets out the key strategic actions to be undertaken to address climate change in the water and sanitation sector.

The Intergovernmental Panel on Climate Change

The IPCC prepares comprehensive Assessment Reports about the state of scientific, technical and socio-economic knowledge on climate change, its impacts and future risks, and options for reducing the rate at which climate change is taking place.

The mandate for disaster risk management in South Africa is the responsibility of the National Disaster Management Centre (NDMC), whose objective is to coordinate and promote integrated disaster 3 management at all levels of government, national, provincial and local municipalities as well as with other role players.​

The South African National Climate Change Information System (NCCIS) contains climate related data and information from a range of sources for the purposes of providing insights into the country’s progress in responding to climate change and achieving national and international goals, commitments and targets. 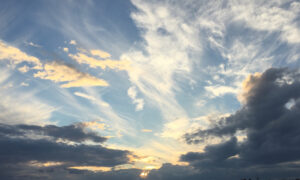 The SARVA Climate Risk Tool is a local decision support tool that houses spatial information on historical climate data, projections, and impacts. The tool utilises data from expert sources such as SAEON, DEFF, CSIR, Centre for Research on the Epidemiology as well as the Climate Research Unit of the University of East Anglia.